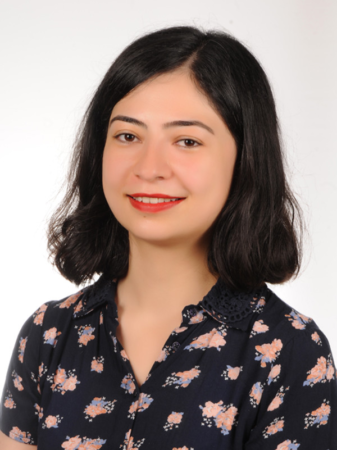 Since a few years the CLGE Executive Board counts a delegate from the FIG Yougn Surveyors Network for Europe.

From 2016 till 2018, Diana Bečirević (HR) was the first young lady in this position. CLGE is thankful for her commitment and the work she has accomplished in this capacity. During its Barcelona General Assembly CLGE has unanimously appointed her successor: Ferah Pirlanta Köksal from Turkey.

Ferah graduated from Geomatics Engineering department at Istanbul Technical university in 2014 and had a master’s degree in June 2018. She worked at several different jobs as an engineer in relation to remote sensing, GIS, and terrestrial measurements.

She is involved in international organizations related to Geomatics. She was the head of the organisation committee of the International Geodetic Student Meeting 2014 Istanbul. Then she was involved in the FIG Young Surveyors Network and was a member of the organizing committee of the meetings in Sofia and Amsterdam. After that Ferah became the local young surveyor representative of 4th FIG Young Surveyors Conference and she organized the meeting with FIG YSN Administration. She is working as a Senior Community Lead at HERE Technologies Istanbul office. She also has a passion for music and working at college radio called ITU Radio Rock since 2011.