CLGE Elects a new President and Executive Board 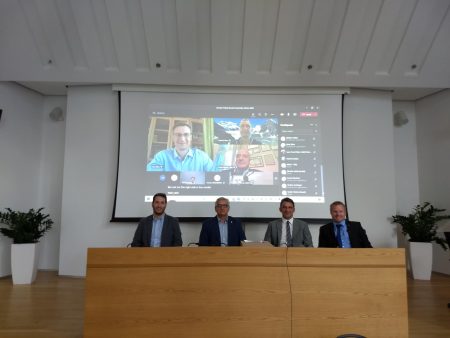 The CLGE General Assembly took place in Athens (GR) on 18th and 19th September 2020. This was our first ever ‘blended’ General Assembly which saw seven people gathering together physically in Athens and 39 delegates participating online. A total of 31 different countries were represented, including one Observing Member.

We would like to thank our Greek colleagues from the Hellenic Association of Rural and Surveying Engineers (HARSE), led by CLGE Vice President Michalis Kalogiannakis, for all their hard work and utmost flexibility until the final moment in organising a successful General Assembly.

One of the key tasks for this General Assembly was the election of a new President and Executive Board which took place as planned and in compliance with our Statutes, Internal Rules and Election Procedure.

CLGE is pleased to announce that the following persons were duly elected to office as follows:

The General Assembly also appointed the following persons to positions of financial responsibility:

During the closing remarks of the meeting the newly elected CLGE President Vladimir Krupa thanked the entire General Assembly for taking part in the democratic process to elect the new CLGE leadership team. In particular he thanked the immediate past President Maurice Barbieri for his leadership of CLGE and its achievements over the past six years. Vladimir looks forward to working with his new team and all CLGE Members and Partners to drive forward our profession to meet the challenges and opportunities of the future.