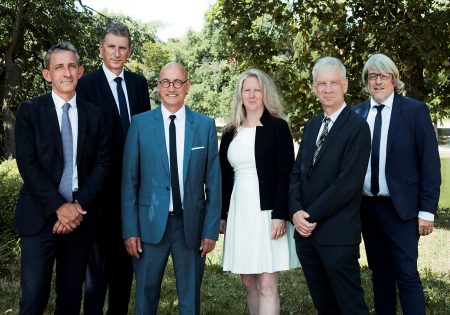 On June 15, 2021, Joseph PASCUAL was elected President of the French Order of Surveyors (OGE-France) for a two-year term.

Joseph PASCUAL is a Licensed surveyor, Urban Planner and Expert before the Courts. He was a member of the Regional Council of Bordeaux from May 1997 to April 2007, Vice President from April 2007 to May 2009. He then became President of the Regional Council of Bordeaux in June 2009 and a member of the Higher Council of OGE, of which he was Treasurer from June 2011 to June 2019, and finally 1st Vice President in June 2019. He has been practicing since 1984 in Agen in the Bordeaux region. With his new Board, Joseph PASCUAL will be keen to continue the many fruitful partnerships conducted by OGE, in particular within CLGE, and to share thinking and solutions to meet together the challenges of the necessary transformation of the profession.